2thinknow give interviews, work with media & provide radio, TV or print content on your tight deadline regarding innovation in cities. Just ask media@2thinknow.com for a quick response.

Email interviews, or answers to journalists questions can be done by emailling media@2thinknow.com. Please include your publication, position and deadline.

Contact media@2thinknow.com to pre-register for embargoed releases on future indexes.

Will be available for the 2012 Index in September, or related pre-Index coverage with our Executive Director, Christopher Hire. To schedule an interview -- please email media@2thinknow.com

2thinknow Innovation Cities™ Index is the world's largest classification of cities for Innovation, first released 2007, and left beta in 2010, the current year is 2011, with the next Index due end of September 2012. The first city rankings from 2thinknow commenced in April 2007. 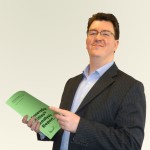 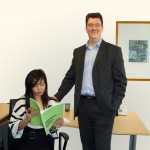 Please credit these to 2thinknow.

How the Index works:

The 2thinknow Innovation Cities™ Index is the leading index of innovation in cities scores all major cities on Innovation. More critical than livability in economic hard times, innovation is measured to predict which cities will become winners in the next several years. To do this the Index analysts examine 162 indicators and which is trend-weighted, and distilled to a final 3 stage score. The Innovation Cities Index uses detailed analysis to look at forward real-world indicators rather than some rear view economics or statistics (often outdated). 2thinknow's final 3 stage index score for each city reflects a view of innovation - the ability to generate Ideas, Implement and access to Markets in which to sell those ideas. Since 2007, independent innovation analysts 2thinknow have published the Innovation Cities™ Index. As a journalist, email media@2thinknow.com or contact 2thinknow here with your enquiries.